Is Lane Splitting Legal In GA?

Posted in Motorcycle Accidents on July 15, 2020

Motorcycles can be fun vehicles to operate, and there are plenty of motorcycle enthusiasts across the state of Georgia. The number one priority of any motorcyclist should be their safety. Motorcycle riders are inherently at higher risk of sustaining an injury in the event an accident occurs because they do not have the same protections that a passenger vehicle driver has. Many visitors and residents in Georgia wonder whether or not lane splitting is legal. Lane splitting is the practice of motorcyclists riding between rows of traffic moving in the same direction, and it is not legal in the state of Georgia. 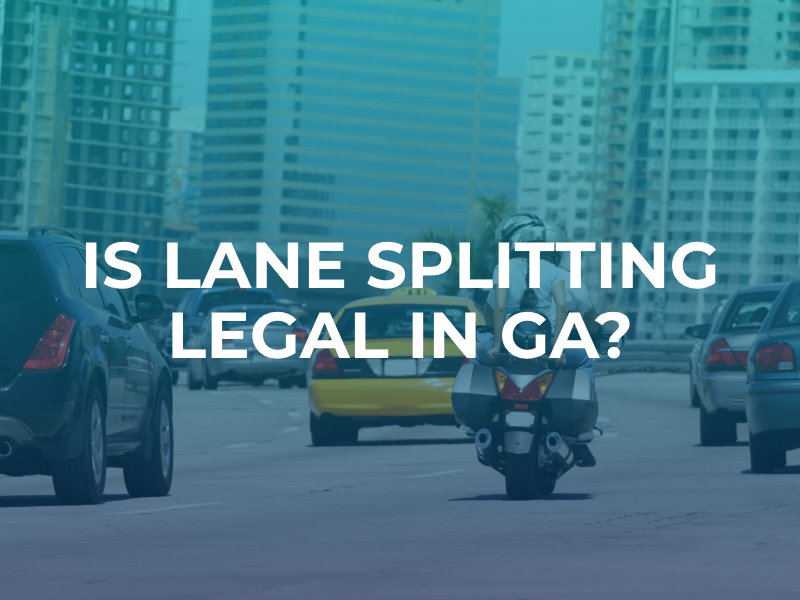 What is lane splitting?

Why do motorcyclists lane split?

Will lane splitting ever be legal in Georgia?

Both lane splitting and lane filtering are hot topics of debate In Georgia and other states across the country. However, lane splitting is currently illegal in Georgia. Under state law, motorcycles are considered to be vehicles just like any other passenger car on the roadway. There is no pending legislation that would legalize this practice across the state.

We do want to point out that motorcyclists are allowed to share lanes with other motorcycles. Because a motorcycle is small enough to fit two bikes into a single lane, lane sharing is common with groups of motorcycles.

Finally, motorcyclists in Georgia are required to wear a helmet when they are on the roadway. Not only are motorcycle helmets required, but they are proven to be effective in preventing serious injuries and death in the event an accident does occur.

Call us today to speak with our Atlanta motorcycle accident attorneys.