What Are Georgia’s Seat Belt Laws?

During the latest reporting year of data available from the Georgia Governor’s Office of Highway Safety, we can see that there were more than 1,500 total traffic crash fatalities across the state. Georgia as recently enacted a hands-free law to help curb instances of distracted driving and cut down on total traffic fatalities, but we need to remember that seat belt laws are incredibly effective at preventing fatalities in the event a collision occurs. 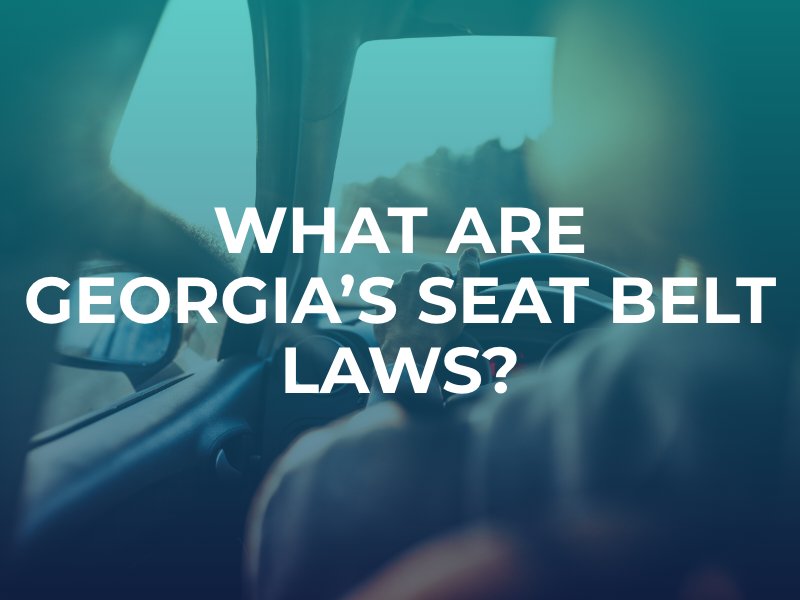 Each state is responsible for setting its own seat belt laws. Georgia is considered a primary seat belt law state, meaning officers can pull someone over and issue them a ticket solely for a seat belt violation. The seat belt laws in Georgia include the following:

How effective are seat belts?

According to the US Centers for Disease Control and Prevention (CDC), motor vehicle accidents are a leading cause of death across the country. During a recent reporting year, the CDC says that more than half of teenagers and adults who died in vehicle crashes were not using their seatbelts at the time of the incident. The CDC also estimates that seatbelts save approximately 15,000 lives each year. Data shows that seatbelts reduce serious crash-related injuries and deaths by approximately 50%.

Research has been conducted across the country and shows that, in areas where there is primary enforcement of seat belt laws, people are more likely to buckle up when they get behind the wheel. As we mentioned above, Georgia has primary seat belt laws in place.