What Is The Eggshell Skull Rule?

If you or somebody you love has been injured in an accident caused by the negligence actions of another party, you should be able to recover compensation for your losses. However, aggressive insurance carriers and at-fault parties will do whatever they can to lower the amount of money they pay in a settlement or even deny a claim altogether. One way to do this is to claim that an injury victim had a pre-existing condition that made them more susceptible to injuries, and that the accident in question did not actually cause the injury the victim sustained. The term used to define victims in this situation is “Eggshell Plaintiff.” 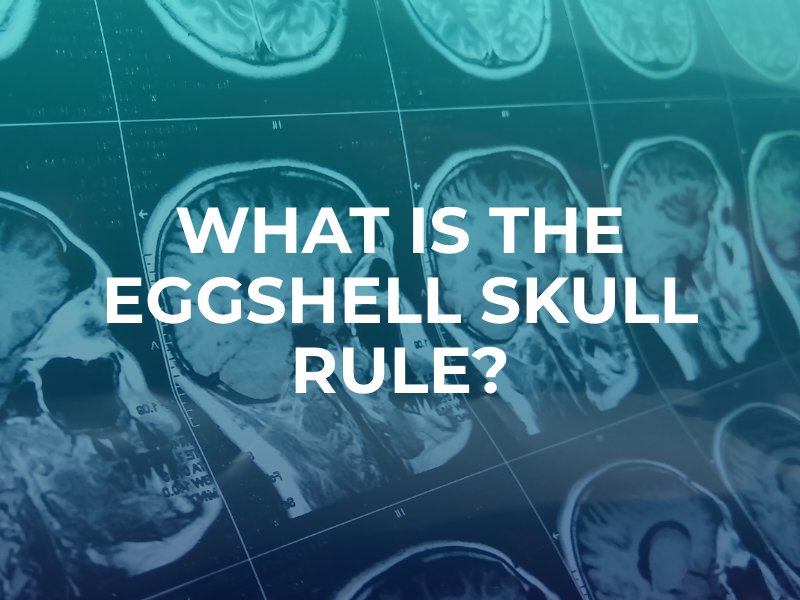 Understanding what an eggshell plaintiff is

The term eggshell plaintiff is typically used to describe injury victims that have pre-existing injuries that defendants in these cases will try to use against them to either deny a claim or lower the amount of money paid in a settlement. To describe how this may be used, we can look at the following example:

In this scenario, Brian is a patient with a pre-existing injury, and could be called an “eggshell plaintiff.” It is important to realize that, under Georgia law, the negligent party is going to be responsible for whatever harm they caused a plaintiff regardless of what type of injury the plaintiff suffered prior to the negligent act occurring. Using our example from above, Richard is going to be responsible to Brian to the extent that he made the back pain worse in the vehicle accident.

While the term “eggshell plaintiff” sounds somewhat derogatory, the reality is that no negligent party should be absolved of their actions just because somebody had an injury before they were harmed.

Proving these cases can be difficult

Insurance carriers will typically jump right to the conclusion that a pre-existing condition prevents a plaintiff from recovering any compensation at all. You can count on insurance claims adjusters or attorneys for the insurance carrier to try to find pre-existing injuries whenever and wherever they can.

Contact us today to speak with our Atlanta personal injury attorneys.