Can Fault Be Determined by Car Accident Damage?

In the aftermath of any vehicle accident, there will typically be extensive investigations into what happened in order to determine liability. In some cases, fault is relatively clear. However, it is not uncommon for it to initially be unclear about which driver caused the accident. Sometimes, it may be necessary to examine the vehicles involved to gain information about what happened in the crash. This includes looking at vehicle damage. 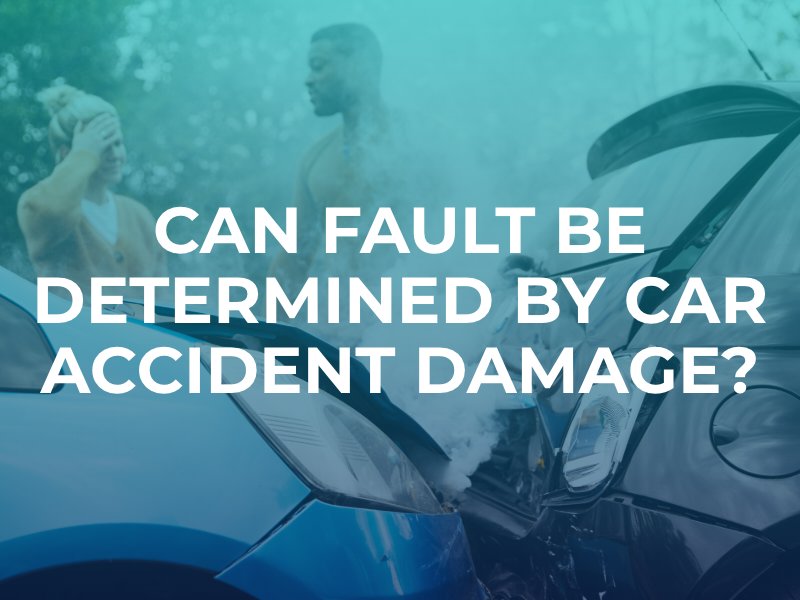 Determining Fault Based on the Damage

There are typically various ways that law enforcement officials and insurance carriers go about determining fault for a vehicle accident. This includes, but is not limited to, the following:

Vehicle damage may be the only thing that a law enforcement official or an insurance carrier has to go by, particularly if those involved give contradicting stories about what happened and if there is no other video surveillance footage or eyewitnesses.

Sometimes, the vehicle damage says all there is to know about an accident and how it occurred. Vehicle damage can show the point of impact, sometimes resolving the case before it is even disputed. For example, if one vehicle sustained damage to the rear and the other vehicle sustained front-end damage, this will likely indicate that rear-end impact occurred. Likewise, if one vehicle has side impact damage and the other vehicle has front-end damage, this will likely indicate a side-impact or T-bone collision. Often, the damage suggests that one driver or the other was at fault.

However, these are just general rules, and vehicle damage alone may not be enough to determine fault after an accident occurs. For a rear-end collision, we know that the rear driver will usually be found at fault for the incident. However, suppose there is a side-impact collision, as evidenced by the damage. Even though this damage may show that one driver struck the side of the other, it may not show what led up to the incident. Either driver could potentially be at fault, depending on other facts and circumstances surrounding the crash.

Working With an Attorney

If you or somebody you love has been injured in a vehicle accident in Georgia, you should reach out to an attorney for help with their case as soon as possible. This is particularly true if fault has been disputed and if there is difficulty finding the evidence needed to prove liability. If you are not careful, the other parties involved could convince insurance carriers their story is correct and that you caused the crash. A skilled Atlanta car accident lawyer can conduct an independent investigation into the incident, gather the evidence needed to prove liability, and help you secure your rightful compensation.

VERDICTS save lives: watch this video about our firm's record-setting verdict. Close