Posted in Defective Products on November 29, 2021 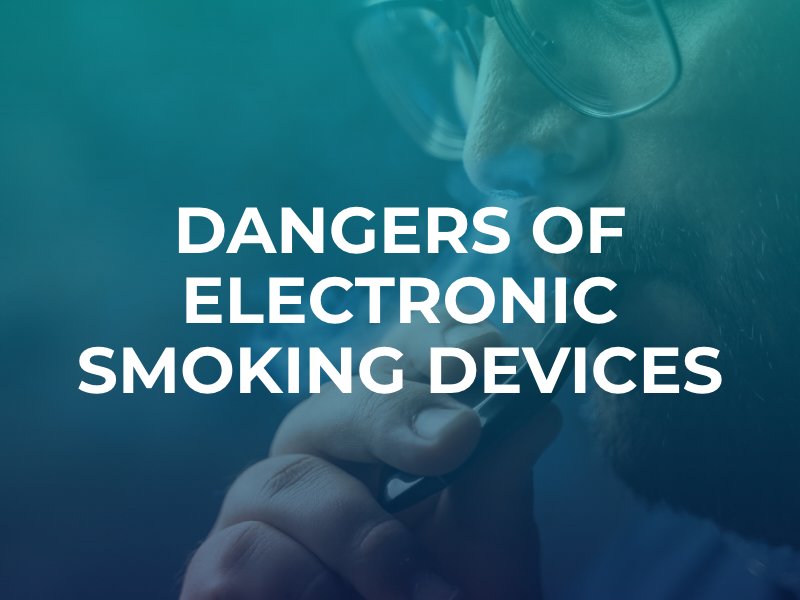 Electronic smoking devices, which regularly go by the term “vaping devices,” are battery-powered devices that individuals use to inhale aerosols that typically contain nicotine, flavoring, and other types of chemicals. These devices come in many shapes and sizes, including ones that look just like regular cigarettes, those that mimic USB devices, and others that look like various types of pipes.

Electronic cigarettes and other types of vaping devices have been found to be particularly harmful to a developing teenage brain. Nicotine affects the development of the brain’s reward system, and continued use of nicotine while vaping not only to enhances addiction for teens, but it can also make other drugs, including methamphetamine and cocaine, more pleasurable to a developing teenage brain.

Other risks of nicotine and vaping include developing issues with permanent impulse control and other mood disorders in an individual’s brain.

In addition to these risks, the FDA has warned about the following reported injuries and illnesses caused by or made worse by e-cigarettes:

There is currently very little oversight of electronic cigarettes from the Food and Drug Administration or other government regulatory agencies. However, in 2019, the federal government raised the minimum legal age for buying these products, and all tobacco products, from 18 to 21 years of age.

In addition to the dangers associated with the actual inhalation of vapors from electronic cigarette devices, there is also a risk that poorly manufactured vaping devices could lead to fires and explosions. There have been instances where individuals sustained severe burns and explosion types of injuries while carrying an e-cigarette in their pocket, in their book bag or purse, or while holding it in their hand. These types of injuries require months of recovery time and extensive expenses for an injury victim.

If you or somebody you love has been injured as a result of an electronic cigarette, please reach out to an Atlanta personal injury attorney as soon as possible. Regardless of whether or not you have sustained an internal illness or an external traumatic injury, an attorney can help investigate the situation and work to recover compensation for losses. This can include coverage of medical bills, lost wages, pain and suffering damages, and more.