Brake checking occurs when drivers slam onto their brakes in an attempt to get vehicles behind them to back off a bit. This most commonly occurs when one driver thinks they are being followed too closely by another driver (tailgating). In the state of Georgia, tailgating is against the law. However, slamming on brakes to intentionally cause a rear driver to alter their behavior is also illegal because it can lead to incredibly severe accidents. 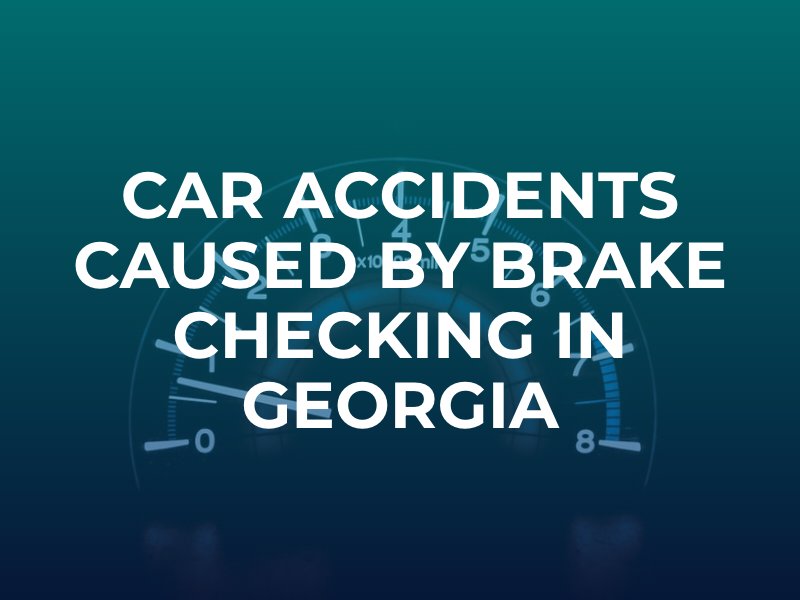 What Happens When a Driver “Brake Checks” Another Driver?

Typically, brake checking is done by a driver that is being followed too closely, or at least the driver perceives that they are being followed too closely. When a driver brake checks, they intentionally hit the brakes in order to get the vehicle behind them to back off and give them more room. However, there are times when individuals brake change other drivers intentionally to cause an accident, and this may be done in order to fraudulently claim an insurance settlement.

The reality is that brake checking can affect more than just the vehicles involved. If the rear vehicle ends up striking the front vehicle, this can lead to a chain-reaction collision involving others. Additionally, even if the rear vehicle does not strike the brake-checking vehicle, the driver may still have to perform evasive maneuvers, which could lead to them crashing into other vehicles or going off the road.

Can You Prove Brake Checking?

If you or somebody you love has been injured in an accident involving brake checking, you may wonder whether or not you have a hard time proving this actually occurred. Traditionally, common knowledge would say that the driver of the rear vehicle would be at fault if they rear-ended someone else. Usually, this is an indication that the rear driver was following someone else too closely. However, if a driver is brake checked and then slams into another vehicle, the front driver may be at fault, or there may be some sort of shared fault to contend with.

There are various ways that crash victims could help prove that they were intentionally brake-checked. This can include:

If you believe that you have been brake checked and that this caused your accident, we need to make sure that police come to the scene and conduct an investigation. You should let the law enforcement officials know that you believe you were brake checked, but do not expect the police officer to definitively make a fault determination at the scene of the crash.

We encourage you to contact a skilled car accident lawyer in Atlanta who can walk you through this process. Your attorney can investigate the incident, gather the evidence needed to prove that you were brake checked, and help you recover the compensation you may be entitled to.