What Are The Most Dangerous Roads in Atlanta For Drivers? 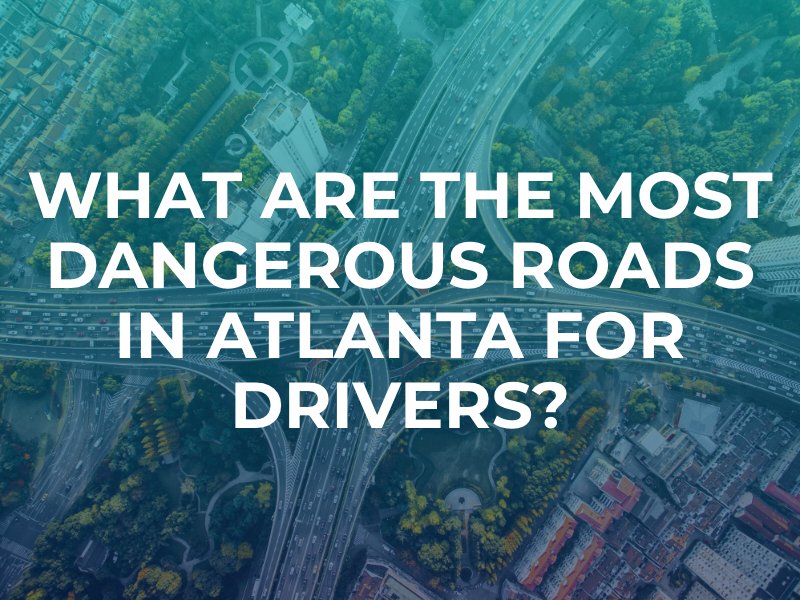 The Most Dangerous Roads are in the Atlanta Area

A MoneyGeek study showed that the top five most dangerous roads in the state are located in north Georgia. The study mapped out every fatal accident that occurred in Georgia from 2018 to 2020 using data available from the National Highway Traffic Safety Administration (NHTSA). This data found that approximately 40% of every crash that occurred in the state are the result of speeding, drinking, or both combined.

The data found that the most dangerous stretch of road in the state was Moreland Avenue from S River Industrial Boulevard to Wylie Street.

According to the study, the other four most dangerous roads in the state include the following:

The data indicates that drunk driving was a factor in 20% of every fatal accident that occurred from 2018 to 2020 and that 19% of the fatal crashes occurred as a result of speeding. In many incidents, drinking and speeding were combined and led to a fatal incident.

The month of October proved to be the deadliest month for fatal accidents over the course of the study time frame.

What are the Bright Spots?

What Can Individuals do After a Car Accident?

Any person who sustains an injury or property damage in a car accident caused by another party should reach out to an attorney for help as soon as possible. Even though the vast majority of vehicle accident claims in Georgia are resolved through settlements with insurance carriers, that does not always guarantee that there will be a fair settlement offer. When an accident attorney in Atlanta gets involved, they can handle the investigation into the incident. They will ensure that individuals are evaluated by trusted medical and economic experts who can help calculate total losses.