Who Is At Fault For Yellow Light Accident In GA?

The last thing anybody expects is that they will be involved in a serious accident when they are approaching an intersection. However, car accidents are not uncommon, particularly around yellow lights. Intersections are incredibly dangerous traffic environments, and it is important to know who could be at fault in the event a yellow light accident occurs. There are various ways in which these accidents happen, and we want to look at some of these scenarios here. 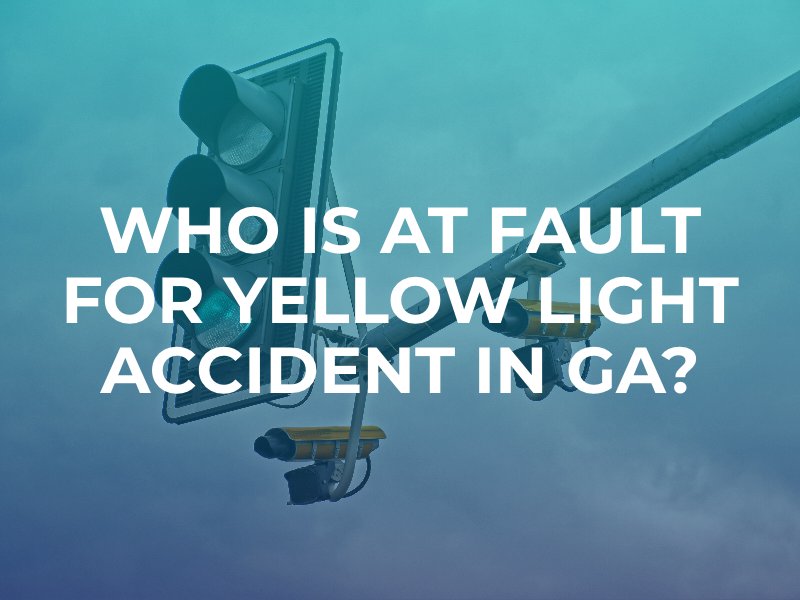 One of the most common types of accidents that happen when a light is yellow are left-turn accidents. These incidents occur when a vehicle is traveling straight with a yellow light and another driver attempts a left turn in front of them on that same yellow light. This type of accident can present significant liability questions.

If a driver turns when the light is still yellow and is struck by oncoming traffic, they may be at fault for not yielding. In some instances, the other driver may share some of the fault if they were operating significantly over the speed limit when the crash occurred.

However, if the driver makes the turn after the light has turned red and is struck by an oncoming driver, then the oncoming driver may be at fault for the incident for failing to stop for the red light.

Rear-end accidents at a yellow light

Another type of accident that can occur at a yellow light is a rear-end crash. When a light changes to yellow, this signals to drivers that they need to slow down and began coming to a stop. However, there are some drivers that want to speed up to beat the light. In the event that a driver rear-ends another vehicle that has already slowed down for the yellow light, it is likely at the driver that caused the rear-end crash will be at fault for the incident.

How much will the insurance company pay for yellow light injuries?

If you are injured in a yellow light crash caused by the negligence of another driver, there may be various types of compensation available for your case. The total amount of compensation will vary depending on the circumstances relating to each particular situation. However, it is not uncommon for injury victims to recover the following:

In these cases, it is very possible that more than one party will share fault for the incident. Under Georgia’s modified comparative negligence law, a victim can recover compensation for an incident so long as they were not 50% or more at fault. However, the total amount of compensation they receive will be reduced based on their percentage of fault.