Who is at Fault in a Jaywalking Pedestrian Accident?

Pedestrians cross the roadways all the time. However, there are certain circumstances where pedestrians do not necessarily have the right of way but decide to cross the road anyway. We usually hear this referred to as “jaywalking.” It is important to know who is at fault in a vehicle collision that occurs when a pedestrian is jaywalking because these incidents often result in severe injuries. It is essential to recognize that pedestrians and drivers have to share the roadway, and Georgia has laws in place that specifically dictate the responsibilities that both of them have. Understanding these rules and responsibilities will also help us understand who would be at fault in a jaywalking accident. 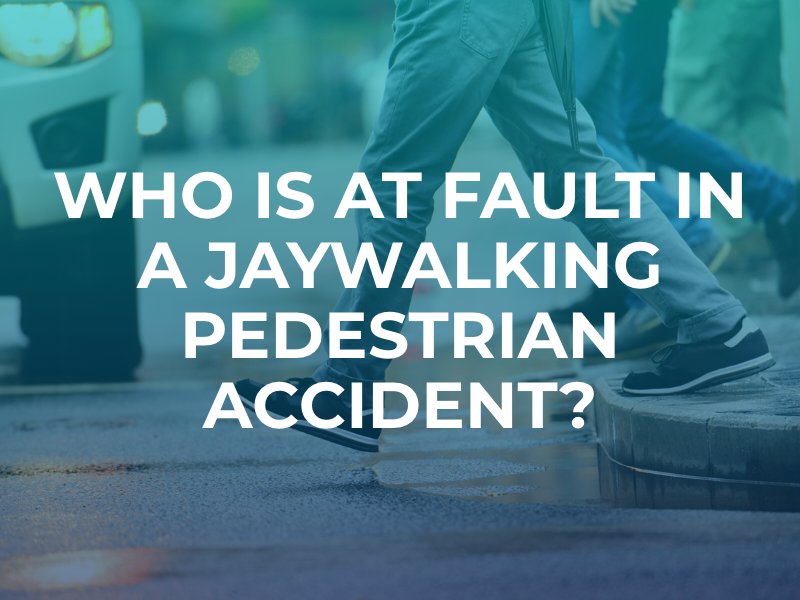 Will a Pedestrian be Found At-Fault for an Accident?

What really matters in a pedestrian accident in Georgia is who is at fault for the incident. In general, the person at fault for any type of accident will be the one whose actions (or lack of actions) caused the incident. The at-fault party will typically be responsible for covering the costs of any injuries or damages of the other parties involved.

Pedestrians can be found at fault for accidents, but this is relatively rare. That is because pedestrians in Georgia generally have the right-of-way, and cars are supposed to yield to pedestrians. Drivers on the roadway and those pulling in and out of driveways or parking lots are supposed to yield and look for pedestrians before doing so. Drivers should stop for pedestrians even if the pedestrian is crossing in an area outside of the crosswalk (commonly referred to as jaywalking). In places where there are no sidewalks, pedestrians are allowed to use the roadway to walk, so long as they are on the side of the road.

However, just because a pedestrian could be held responsible does not mean that they will be. In fact, it is likely that there will be shared liability in these instances.

The state of Georgia operates under a modified comparative negligence system when it comes to accidents. This means that even those found partially responsible for an incident can still recover compensation, so long as they are not 50% or more responsible for the incident. However, the total amount of compensation they receive will be reduced based on their percentage of fault.

For example, if a pedestrian crosses against a do not cross sign and is struck by a driver operating too fast for conditions, there is a good chance that there will be shared liability. Let us suppose that a judge or personal injury jury determines that the pedestrian was 30% responsible for the incident because they crossed against the signal, but also found that the driver was 70% responsible because they were operating too fast for conditions and were unable to slow down after seeing the pedestrian. Suppose the pedestrian sustained $100,000 worth of medical bills and lost wages. In this particular scenario, the pedestrian would receive $70,000 to account for their percentage of fault.